Each year, the OFS publishes a national report on crime report in Switzerland. Overall, infringements have decreased. This decrease is linked to the confinement that Switzerland experienced last year. The number of burglaries as well as pick-pocketing fell by 9%. More frequent border controls, as well as a greater presence of people at home, strongly influenced this decline. In 2020, however, on average there were 90 burglaries per day !

New this year, the OFS has integrated offenses committed on the Internet into its report. There are more than 24,000 digital criminal offenses, which fall into several categories: economic cybercrime (84.2%), cyber sexual offenses (10.7%) or even cyber damage to reputation and unfair practices (5.1%).

Another worrying increase is that of domestic violence. The figures vary from canton to canton, but in general the trend has been up in 2020.

GENEVA
The canton recorded an increase in complaints for noise nuisance, an increase in increasingly violent fights between young individuals as well as an increase of 16% in domestic violence.

VAUD
The canton of Vaud has, for its part, recorded a general decrease in offenses: burglaries and violence (except Lausanne). No long-distance carrier attack was recorded in 2020. However, Vaud statistics reflect the national trend with an increase in digital scams.

BERNE
The canton of Bern recorded a strong increase, of more than 20%, in the number of cases of domestic violence in 2020. These are mainly cases concerning couples or former couple relationships. Bern has also seen a sharp increase in cases of offenses against the authority (demonstrations, obstruction of an official act, etc.), an increase in direct connection with the federal measures taken to fight against the coronavirus. 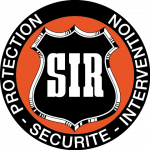